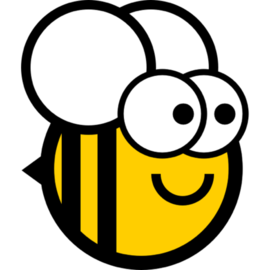 I had stumbled upon it before at Pycon US earlier, they had a booth set up and their website said "BeeWare, the IDEs of Python".

I didn't gave much attention at it at first, because I've kinda given up on IDEs some time ago. Every now and then I try Pycharm (which seems to be one of the best UI for Python development out there) and always end up getting back to Vim. An open source replacement for Pycharm definitely sounded cool, but still didn't seem much more than a bunch of developers tools born out of yak-shaving.

However, while there is some fun yak-shaving involved, it's just a teeny tiny part of the picture.

BeeWare is about bringing to people the power of computing.

It's about enabling people who learned a little bit of Python programming to build something for their own needs, using the devices and environments they're already using now. That means smartphones, tablets and web browsers.

Many people learn just enough of programming to solve a problem. And Python is a great language for that, because with just-enough-Python you can already do tons of stuff.

Many people in the Python community aren't working as professional developers, they just use Python to solve different kinds of human problems.

BeeWare will give these people the power of building stuff to show to their friends.

And of course, this will be empowering for professional developers as well!

I love Python, but the truth nowadays is that if I want to do something that my family and friends would use, chances are that I'd be doing more JavaScript than Python. Because that's the thing that I know how to program for that would be easily accessible from the devices that they're using all the time.

That's why this project is such a big deal.

I myself can't wait to be able to use this stuff!

You can do some things already, see a demo video here and the code used for it.

This is just a proof-of-concept, you can see in the code that it's still using different codebases for each target platform. There is still work to be done until getting to the point of building apps for all platforms from the same codebase, but the foundation is there.

If you love Python and are looking for an open source project to contribute, consider the BeeWare project.

It's got a wonderful mission, it's welcoming to beginners and there's plenty of work to do. You'll be helping to build the future of Python.

Go watch the video of the talk Python All the Things, presented at Pycon Australia by the delightful Russell Keith-Magee who founded the BeeWare project, get excited and get to work! =)